If you want to order your own niche .mp3 go to: 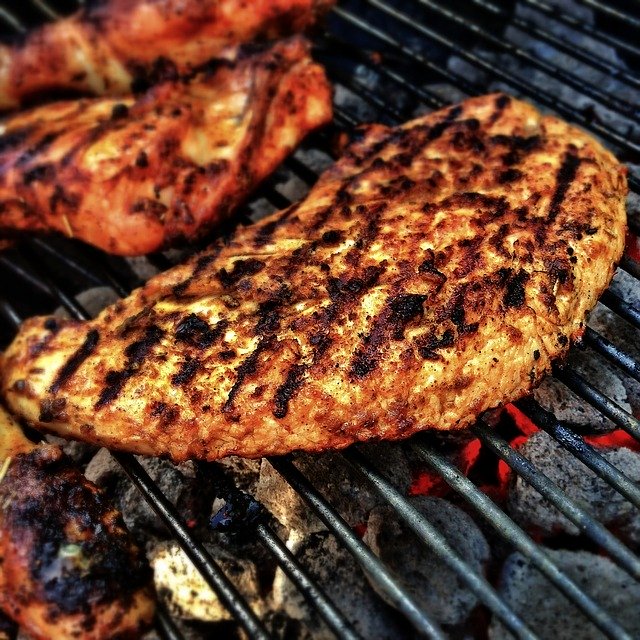 Meat Religions provide the essential ingredients but lack any specific rules to follow.  One is left to their own devices (usually using improperly) or intuitively on point (using properly) in exercising the religious beliefs.  Taoism, Zen, Shintoism, and other abstract religions fall into this category.    Meat Religions say nice and wonderful things, but no one knows how to consistently properly live them, except for a few sages who rarely appear in the world.  Meat Religions are too abstract to grasps.  People inevitably cherry-pick one aspect or another and think they understand religion.  Properly done they are self-aware and aware religions.  These religious types appear to have no head, God or Goddess, (improperly understood) and this leads believers into many flaws.  Sooner or later, a more grounded Vegetarian or Meat and Potatoes Religion comes along and pairs up with these Meat religious beliefs. 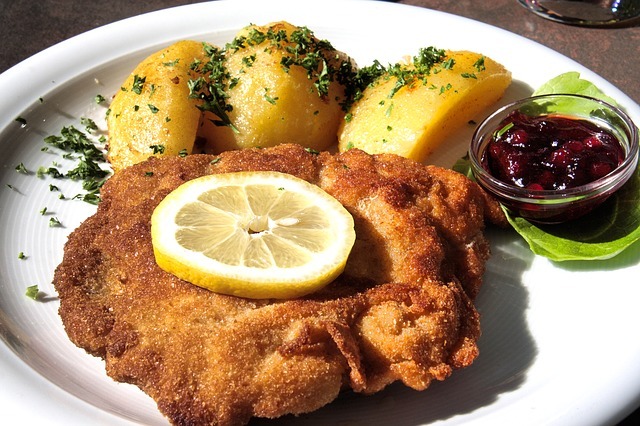 Meat and Potatoes Religions provide you with the right mix of rules and values capable of teaching you to live in a Heaven, which is not a Democracy, but a Theocracy-Nomocracy-Monarchy, or an earthly society which is any political systems from A to Z.  Meat and Potato Religions guide the believers into a self-awareness-awareness dynamic step-by-step.  Meat and Potato Religions are logic and emotion-based not just emotionally based.  Eventually, it is possible to understand what and how to do things to obtain enlightenment.  God put you into this world and so it is God's responsibility to make sure you obtain to Heaven.  However, in Abyssarianism, you can delay this as long as you want, usually to your own detriment.  Abyssarianism is a Meat and Potatoes Religious System because it guides the believer through the stages of Physical, Social, Metaphysics, Spiritual, and Void religious beliefs.  Heterosexuals are not special people--they are the majority of people!  Meat and Potato religious believers live their own lives focusing on their own self-development, self-awareness without being naïve in Other-Awareness.  They believe in a realistic overt policy of fighting those who fight against them.  One can obtain Heaven if following the values, precepts, rules, and teachings.  In one lifetime, this can happen, but one must apply oneself to the tasks. 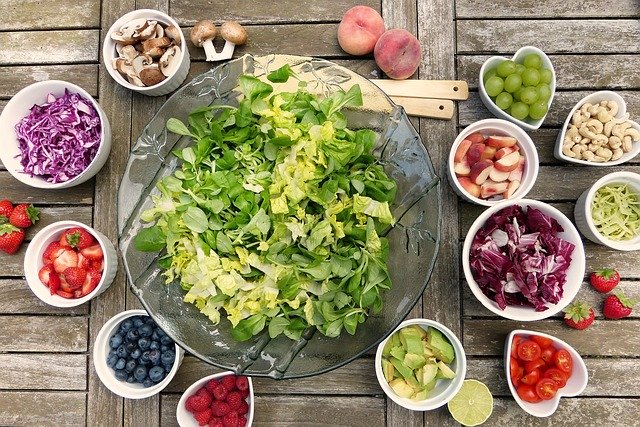 Vegetarian Religions provide you with a good mix of rules and values but leave out an essential ingredient that stabilizes the belief.  Religion without a God or Goddess or both at the head is lacking an essential truth.  Someone is always in charge whether you like it or not.  If these Religions have a God or Goddess in charge, they are so many of them to worship at any one time, one develops a Learned Helplessness Syndrome of what to do.  India has millions and millions of Gods and Goddesses, but which one is the true head?  Krishna?  Brahman?  Apparently there is a buffet of Gods and Goddesses with their varying beliefs to believe in depending on your appetite at the moment.  There is no urgency to get on with "Growing Up".  One can wait a billion reincarnation years being a businessman or entertainer before deciding to be good and productive to God and Man.  Who would not want to come back again and again and become rich?  What woman would not want to come back as a woman and marry a rich husband?  Vegetarian Religions also always have a favorite people (Jews, Arabs, Christians) or cast system (India Religions) which destabilize the religious beliefs in subtle and obvious ways.  Either everyone is to help the world become a better place or no one is to help the world become a better place.  These religions tend to have secret codes of nonbelievers who should be killed or converted.  These religions profess to be peaceful but in fact, believe in fighting against those who believe differently than they do!   For example, earthly Christians may turn the other cheek while allowing their God to cause them to fight against other religions.  Pragmatically, if one lives in a world of different believes, systems, codes, and ways of life, conflict is inevitable.  Christianity did not get where it is today by turning the other cheek! 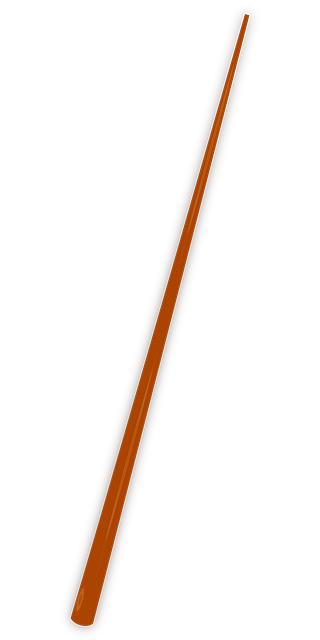 Stick Religions are so severe and with so many rules people stick with them only out of fear and not devotion.  Once any precept, rule, or law is found to be in error, these Stick Religions unravel and fall apart.  These Stick Religions tend to be very violent and must be fought.  They will have overt special codes of nonbelievers who should be killed or converted.  Stick Religions usually ban art, music, sports, literature, and a host of other things people enjoy and can learn from in life.  Cults tend to fall under this category.  Stick Religions cannot understand the concept of there being many Gods under the one Great God, even though it is all over evident people believed in their Gods before these Stick Religions encountered them, or were even born!  Islam and Confucianism, and Scientology are examples of Stick religions. 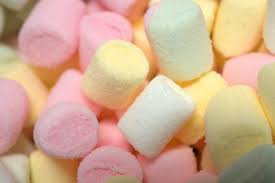 Marshmallow Religions are like eating sweets all day, every day because all the rules fall under no one in particular who can enforce them.  It is like going to a classroom without a teacher, and a student spontaneously goes to the empty teacher's desk, leaps on top of it, and shouts, "We are all the teacher for the day.  Yay!" Marshmallow Religions are emotion-based.  Emotions reign supreme for these religions and this is one of their hallmarks.  They will shout, "Be emotional!  Emotions and passion are all that matters in life!"  Marshmallow Religions inevitably try to create female religions that subvert the natural order of human nature.  Marshmallow Religions believe everything is malleable and so women can become what they truly want to become--men.  And men should be forced to become what they truly do not want to become--women!  The natural talents of men used at a female level go against nature.  Female talent used at a male level tends to be, either a lie of some sort or an outright rejection of femininity! Men and women literally see the world P and M in different ways!  The impracticality of Marshmallow Religions becomes the center stone of their belief.  Marshmallow Religions' first move will be to destroy motherhood, and the female raising the young, which is the best system for a stable society.  Women should raise their own children, not the State.  Finally, these Marshmallow feminists encourage having old children, from post-twenty-seven-year-old women.  A woman's eggs deteriorate starting from birth, especially puberty, and if she waits until after twenty-seven, she is literally using old-bread eggs to have children.  These systems seduce and eventually destroy their own society and eliminate the race or country that espouses them.  In order to save the race, country, or State, Marshmallow Religions eventual return to Patriarchal systems because that supports the natural biological order.  Lesbians want Feminized men so they can have all the Heterosexual women by default.  Feminism, Agnosticism, Leftism, Marxism, Communism, Atheism, Scienceism, Philosophicism, Behavioralism, Evolutionism, New Ageism, Post Modernism, Nihilism, LGBTQ+ism are examples of Marshmallow Religious beliefs.

Any of these religious types can be misunderstood by their believers and so, in the believer's mind, be morphed into any of the other types of religious types.  For example, Marshmallow types New Age religions, DIY religions insist that you are at the head of the religion, your own.   Thus they conclude they have someone in charge of setting the rules.  The fact these people rarely know what true religion has remained unmentioned.  The fact you cannot live or create a society out of such a religious believes remained unspoken or forgotten.

See Abyssarianism in action  below:

It's cheaper to buy the full ebook than to read each ebook separately for $19.00!

Many of life's failures are people who did not realize how close they were to success when they gave up.
Thomas Edison